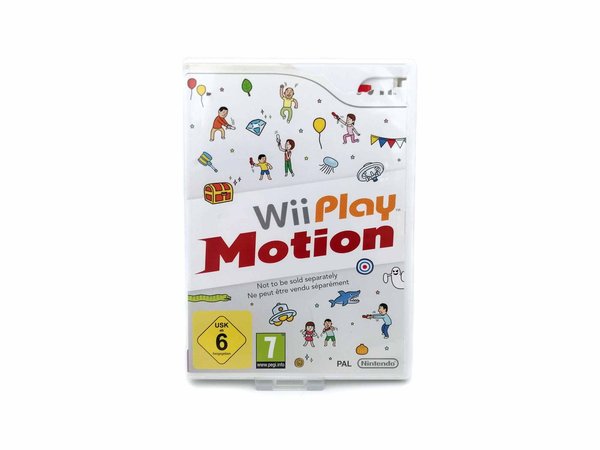 Wii Play: Motion game invites people to join together for a variety of new motion-controlled activities that will have everyone in the household enjoying themselves throughout the summer and beyond.

In Wind Runner, players tilt the controller to change the angle of an umbrella as they ride gusts of wind along a gem-filled race course. In Veggie Guardin', they swing the controller like a mallet to ward off pests that threaten to steal vegetables from their garden. Spooky Search brings the action off the screen and into the living room by challenging players to track invisible spirits by pointing the controller around the room and listening for clues. Some activities feature additional modes that players can unlock as they progress. All 12 games can be played in single-player or two-player modes, and four of the games can be played with up to four players.