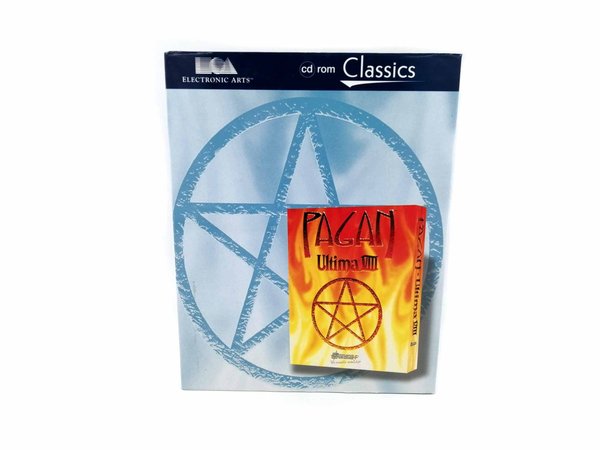 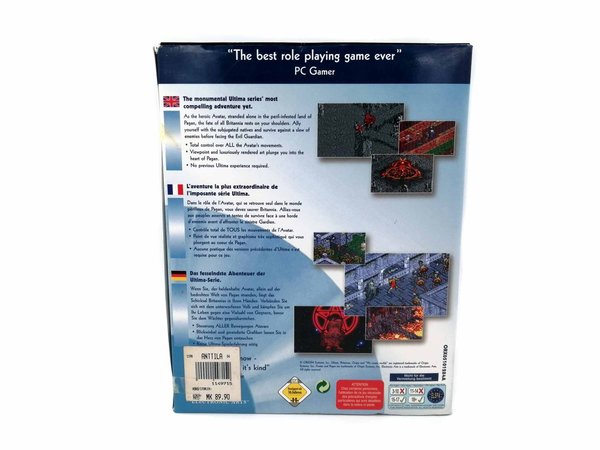 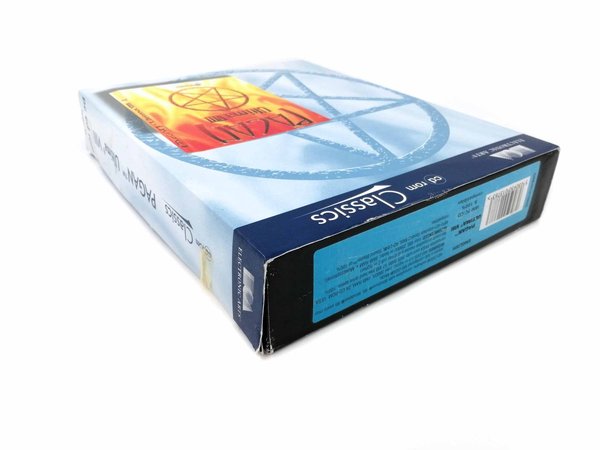 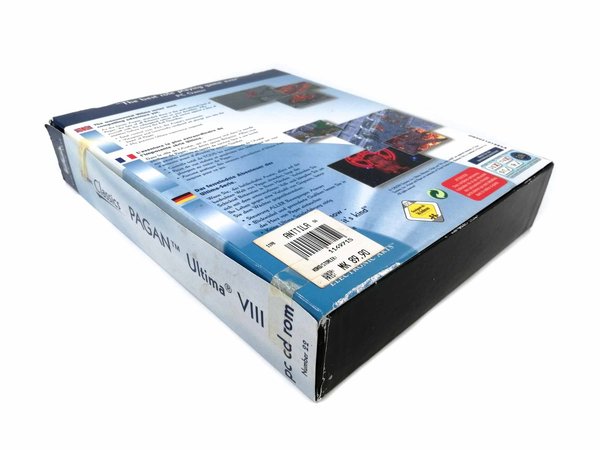 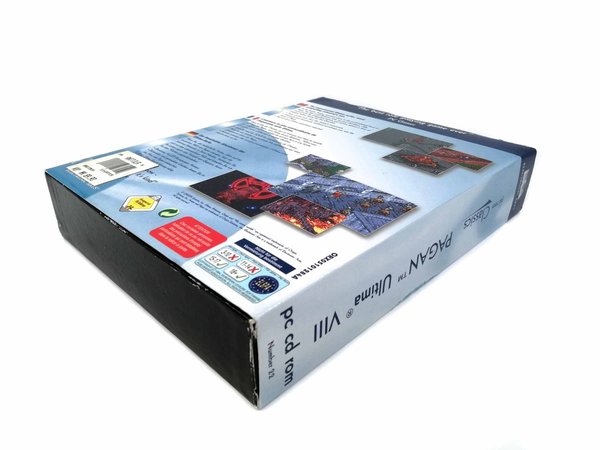 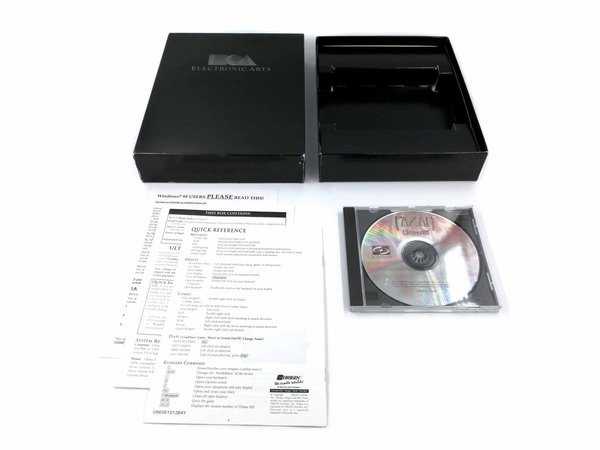 The Guardian has tricked you, Avatar.

After you defeated Batlin on Serpent's Isle, he banished you to Pagan, a world under his control. Once, it was a beautiful land, but ever since the ancient battle between the Elemental Titans and the evil "Destroyer", it is engulfed in eternal twilight. Titans - now worshiped as gods - are cruel and uncaring. They bestow power on their most dedicated followers who, in turn, terrorize Pagan's population. To find a way back home, you need to become a Titan yourself before the Guardian succeeds in his plot to conquer Britannia--and then Earth itself.

The eighth installment of the Ultima series takes a much darker tone. The story is much more mature (do the ends justify the means?) and the game focuses more on action, like climbing and jumping across platforms. Training your character has also changed: the more you use an ability, the better you are with it. Without a party to assist you, you must rely on your own strength, dexterity, intelligence, and magical abilities to save Britannia and Earth.