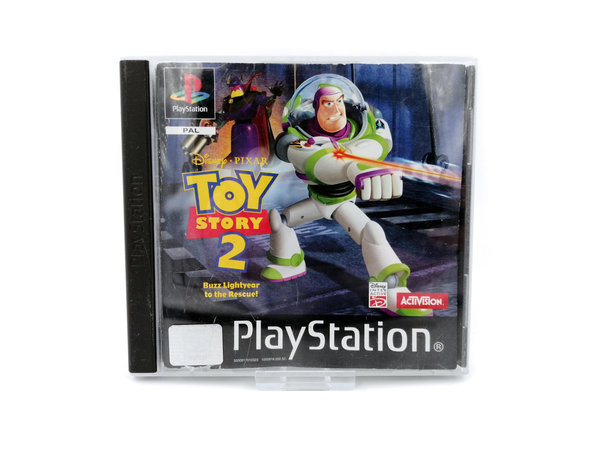 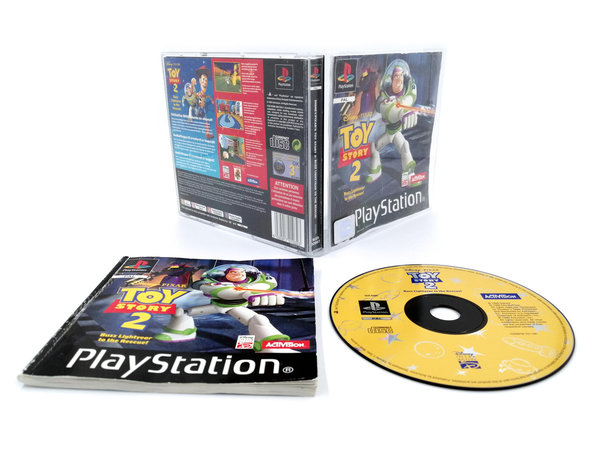 As space hero Buzz Lightyear, you've got your hands full. Your best buddy, Woody, has been kidnapped by a greedy toy collector and it's going to be an all-out race against time to save him.

Buzz must venture outside Andy's house and into the local neighborhood. Game environments include a perilous construction area, a toy barn, and a sky-rise apartment. Ultimately, Buzz will confront his arch nemesis, the Evil Emperor Zurg--but getting there is half the fun.

During his journey, Buzz must collect missing parts for Mr. Potato Head. He also calls on his buddies Rex, Slinky Dog, and Hamm the piggy bank for helpful tips and directions. Controls are varied but can be confusing to master. Buzz can climb, do a "super foot stomp," fire his laser, and perform a Space Ranger spin attack to help him get through the various levels.