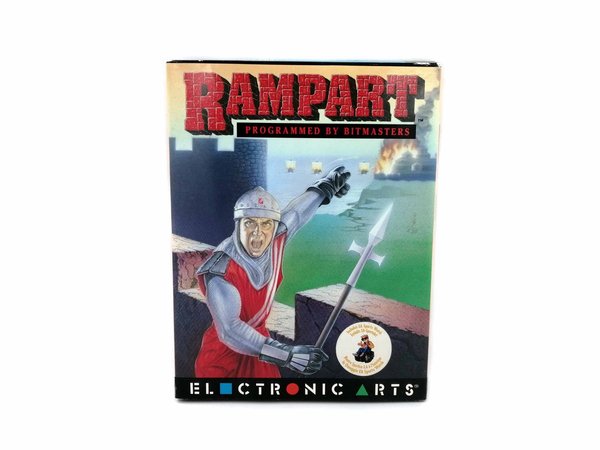 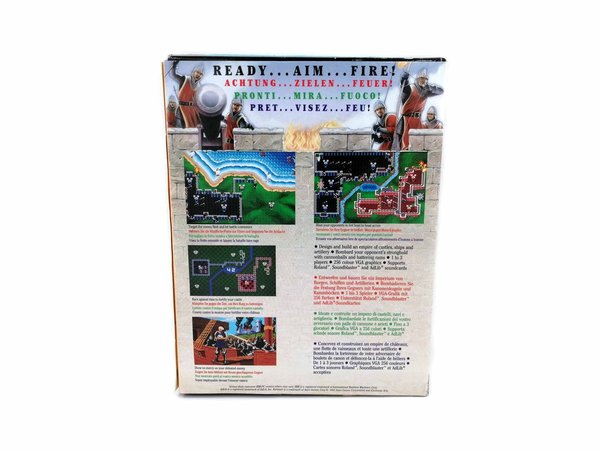 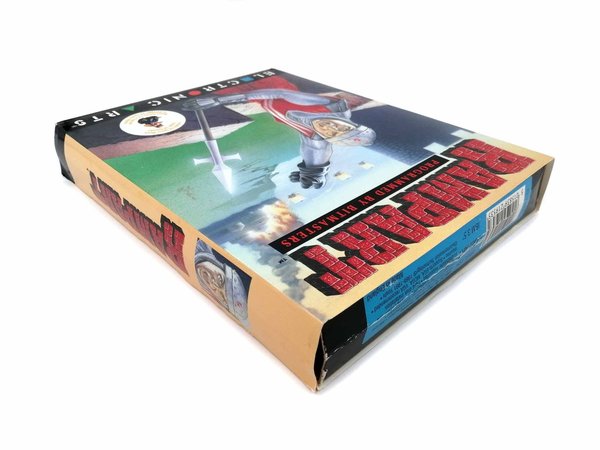 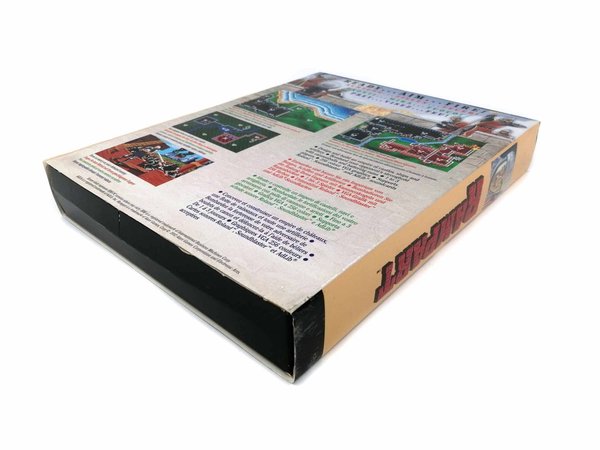 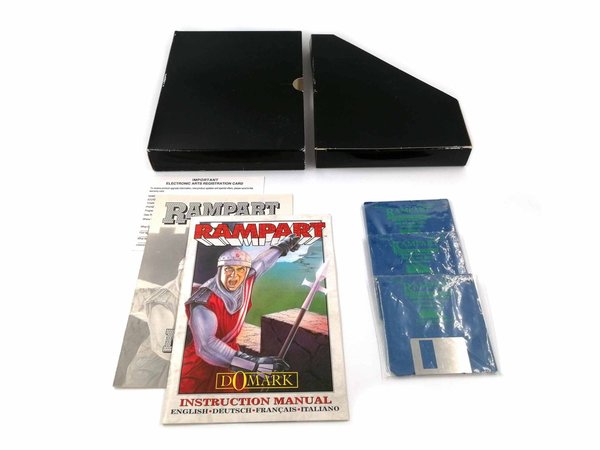 The protagonists in this game are the Blue Knight and the Red Knight. In the One- Player mode you defend a series of coastal castles from attacking galleons.

You begin by choosing a territory to conquer and a castle to defend. Prepare for battle by strategically placing three cannons in your castle. As the enemy ships approach off-shore the volleying begins. They're trying to take out your walls and you're trying to send them to a watery grave. Ar har har!

At the end of each round you repair your castle's walls with shaped blocks that turn in any direction -- a la Tetris. You're also trying to expand your walls to include surrounding castles. The more territory you cover the stake out your territory the more points you score and the more cannons you get -- all of which enable you to defend yourself when more ships appear in succeeding rounds. Conquer all the castles in a territory and you move to the next one -- there are six different territories in all.

In the Two-Player mode you're landlocked. Both players occupy castles, blast away at each others' walls, and make repairs between rounds. Whoever conquers the most castles wins?