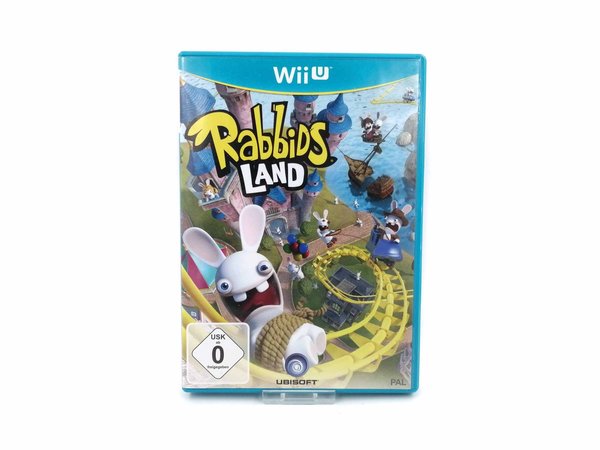 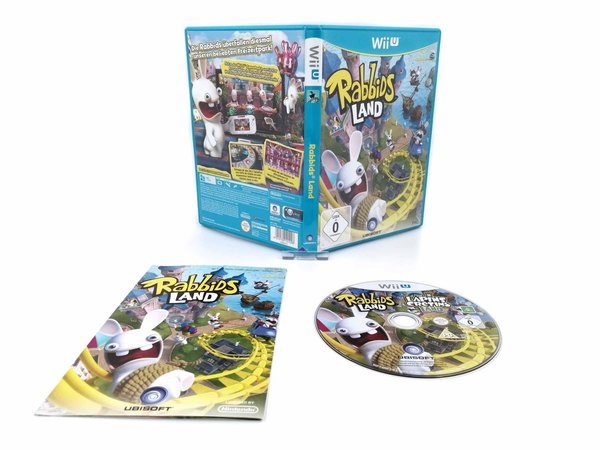 The Rabbids are back – and this time they're taking over an amusement park! Get ready to see them misuse the park’s attractions and generally cause mischief in Rabbids Land, exclusively for Wii U.

This unusual party game is a brand new Rabbids experience set on a board game full of surprises. Up to four players can join in, competing in crazy events to nab trophies – get enough and you'll be crowned the winner. With around 20 different attractions, as well as the option to play co-operative and versus challenges, there's plenty of fun to go around!

On top of being tons of fun, playing attractions could win you trophies, but you can also take part in events to win trophies, such as answering a "raving" quiz. And you never know, there may be other sneaky ways to nick them from your mates... Careful though – your opponents might try to steal your prizes too!

This wacky game has been designed to get the most out of the Wii U GamePad, and will have you steering using the built-in motion controls, drawing on the touch screen, dancing with the GamePad and even blowing into its microphone! Rabbids Land takes advantage of the unique asymmetric gameplay offered by Wii U too: one person can take the GamePad and the others can play with a Wii Remote each, creating two totally different experiences for players throughout the attractions! And if the TV's in use? No problem, just play the full game on your own on the GamePad!

Bring a Rabbids party into your living room, and enjoy the fun with family and friends in Rabbids Land for Wii U!