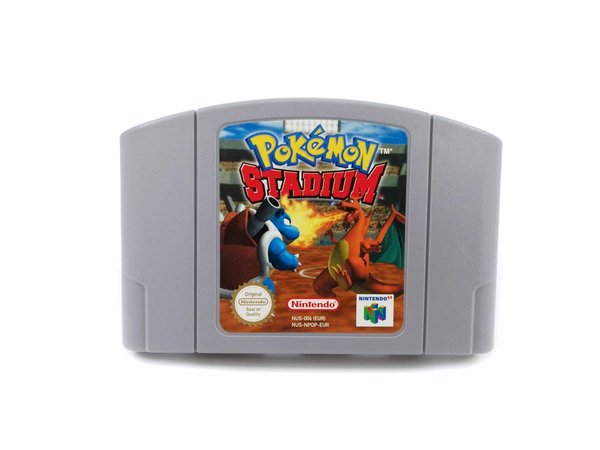 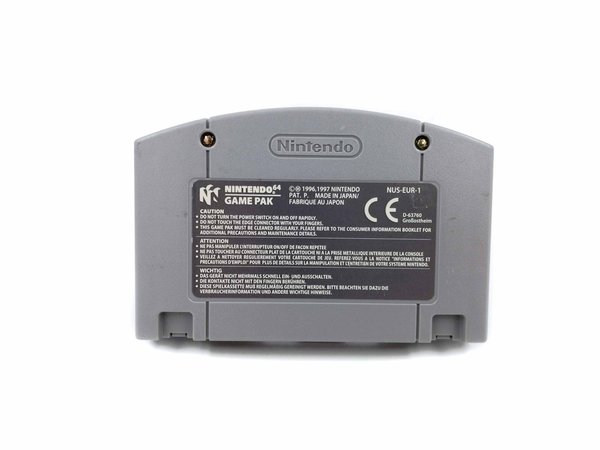 Pokémon Stadium lets you stage Pokémon battles in a whole new arena--on your Nintendo 64! See all 150 Pokémon execute their attacks in full 3-D, and create your own custom stickers!

Pokémon Stadium gives trainers an arena to engage in heated Pokémon battles, and offers them a ringside seat for the action. Tons of features, including support for playing your Game Boy Pokémon game through your N64, make Stadium a must-have for all Pokémon fans!

In Pokémon Stadium, you're able to battle using your most loyal Pokémon from the Red, Blue, and Yellow versions of Pokémon. Thanks to a Transfer Pak, data can be transferred straight from a Game Boy cartridge to your N64.

The technical machines, attacks, and levels of your trained Pokémon are available on Pokémon Stadium, so you won't have to leave any of your favorites behind. You'll want your specially trained Pokémon to battle Stadium's toughest rivals.

There are 150 Pokémon that can be used, or "rented," in Pokémon Stadium, even if you decide not to transfer data from your Game Boy Pokémon games. (Mewtwo is never available as a rental Pokémon, but you can upload Mewtwo from your Pokémon Game Pak.) Pokémon Stadium will allow up to four players to compete in a grueling Pokémon tournament, designed to reveal which of your friends is the best Pokémon trainer.