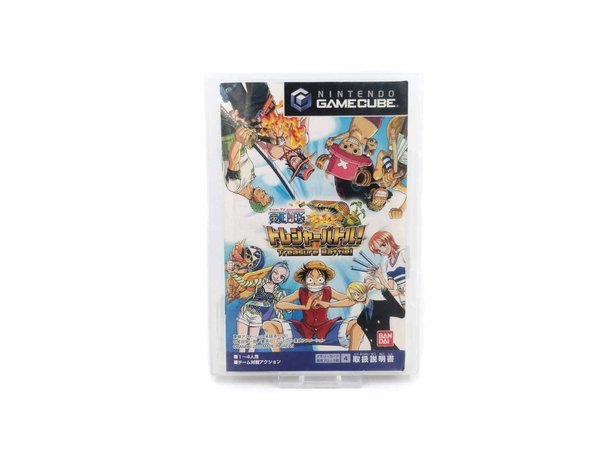 There is a special competition called the "Treasure Battle" clash which is being hosted in the Grand Line on a special series of islands. The Blue Berry Time newspaper is covering the events via Rocky Heart. The Straw Hats, along with Vivi and Ace, should trust each other and work together in a group made of two members and battle through various events to get Treasure Cards. The Treasure Cards are said to give the possessor happiness and can make wishes and dreams come true. The Straw Hats, Vivi, and Ace decided to compete. Luffy and Vivi pair up together. Zoro and Ace, who were not interested in the treasure, but their competitive sides are rubbed, so they join "just to win". Sanji followed Nami, who is joining for the treasure. Chopper was amazed hearing that Usopp had a plan. Thus, the teams were decided.