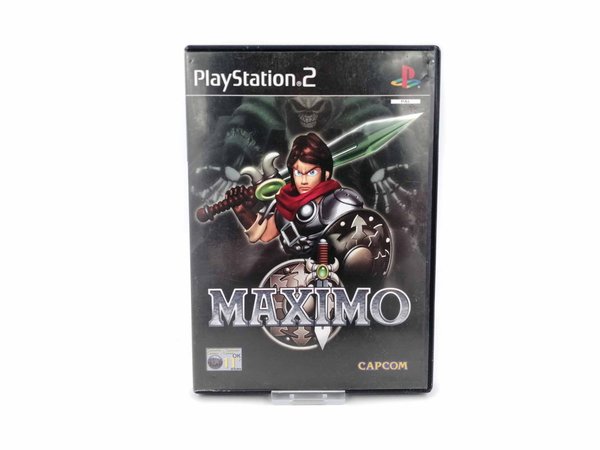 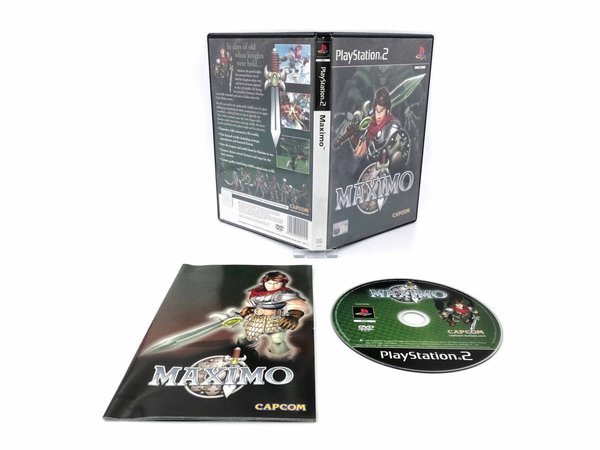 Maximo is a 3D hack and slash platform game developed by Capcom for the PlayStation 2. The game is based in the Ghosts n' Goblins/Makaimura universe, and featured original designs of Japanese manga artist Susumu Matsushita. It's a part of PlayStation 2 Greatest Hits.

Maximo, a brave knight, thinking he’d found a trustworthy assistant in the likes of Achille, decided to leave his apprentice behind and go out into the wars that were fought. Achille turned out to be a villain, took control over Maximo's kingdom, and now the land is in trouble.

Upon returning to his throne room where Sophia and Achille are, he is killed by Achille's dark power. He is met by Grim, who explains that Achille has been using a drill to harvest the dead from the underworld to create his undead army. Grim then enters a contract with Maximo: he will be kept alive as long as he retains possession of the Death coin. The reason that Grim does this because, in his words, "if there are no more dead, (he is) out of a job." His four sorceresses of the council have been imprisoned, and Achille has spread them across the world, hiding them in four separate towers. To make matters even worse, Achille has taken Maximo’s love as a bride.