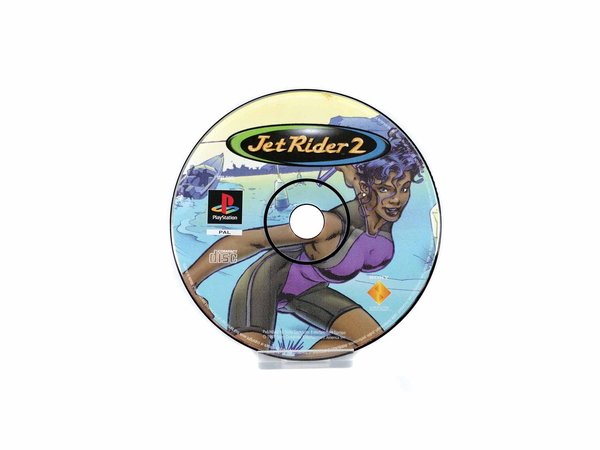 Jet Moto 2 (known as Jet Rider 2 in Europe and Jet Moto '98 in Japan) is a 1997 racing video game developed by SingleTrac and published by Sony Computer Entertainment for the PlayStation video game console.

Jet Moto 2 retains all of the basic gameplay from its predecessor. Players control hoverbikes which sit close to the ground and can be ridden over land and water. The courses in the game are designed to take advantage of this ability. Characters are split into teams, and bikes are adorned with logos of products such as Mountain Dew and JetSki, similar to real-life sponsored racing. The riders received an overhaul, with only a total of ten selectable characters being available, and subsequently only ten racers on the track at any given time.