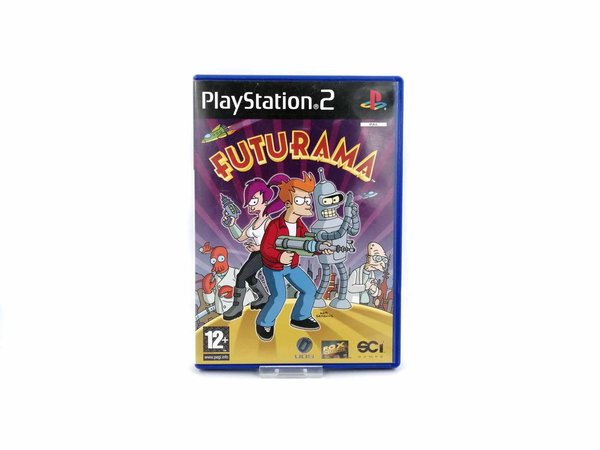 Play as Fry, Bender, Leela or Dr. Zoidberg, each with special fighting skills and weapons, as you party with your pals from the hit series.

Futurama is a game 1000 years ahead of its time - straight from the 31st century comes an action platform game based on the Emmy Award winning animated program - the brainchild of The Simpsons creator Matt Groening. Play as Fry, Bender, and Leela [and Zoidberg] to save Earth from the clutches of evil corporate mogul, Mom. Battle with 'Hover-Bot Death Troopers' as you travel in time from Planet Express HQ to futuristic New New York, bizarre alien planets, and even the surface of the sun. Contains a brand new Futurama script from the award winning Futurama writer, J Stewart Burns. Featuring the original voice actors from the animated series. Contains over 20 minutes of previously unseen Futurama footage.