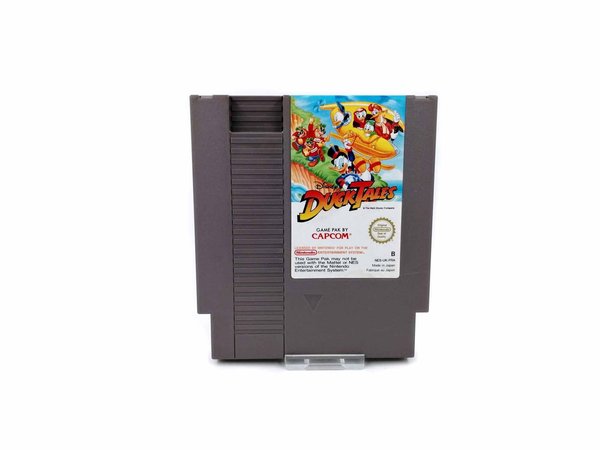 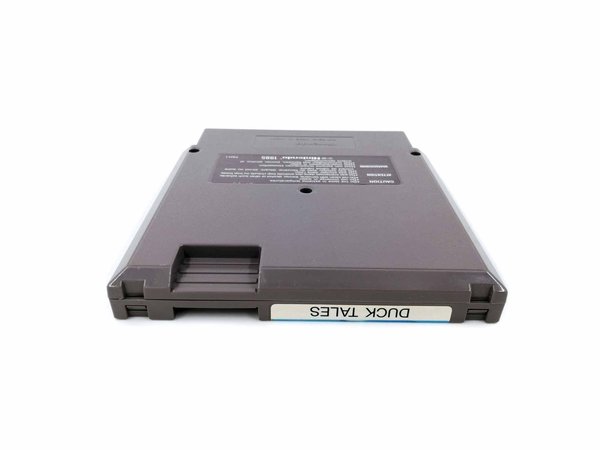 DuckTales is a video game based on the Disney animated TV series of the same name. In this game, Scrooge McDuck travels around the world collecting treasures to become the richest duck in the world. The game was also ported to Game Boy. This game is unrelated to DuckTales: The Quest for Gold, which was released on a variety of personal computers around 1990.

DuckTales is often a subject of NES-related nostalgia and was generally popular. The game provides a good example of the work produced by Capcom in the late 1980s and early 1990s, along with such titles as those in the Mega Man franchise; both shared key personnel such as Tokuro Fujiwara, Keiji Inafune and Yoshihiro Sakaguchi. DuckTales has much in common with the Mega Man games: bright and colorful graphics, tight play control with unique gameplay dynamics (such as using Scrooge's cane as a weapon, tool and pogo stick) and non-linear gameplay.