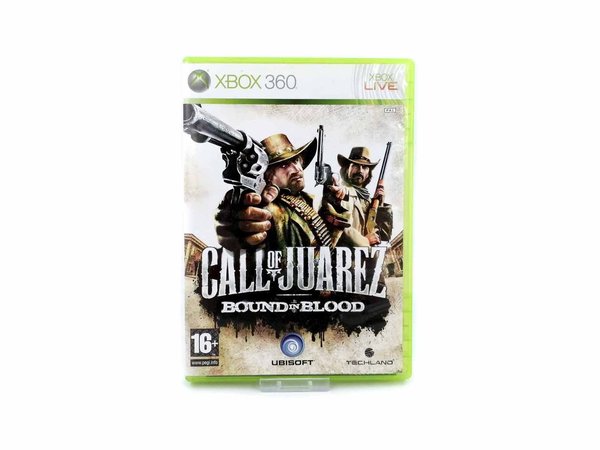 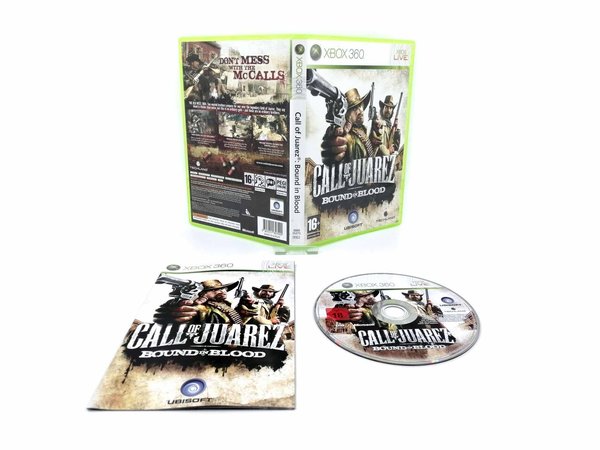 The prequel to the Wild West action shooter Call of Juarez.

As the McCall brothers, players enter a doomed quest for the legendary Gold of Juarez leading them from a ravaged Georgia during the Civil War to the Aztec ruins of Mexico. They make their lawless trail into the wildest West ever depicted, using their gunslinging skills and killing all of those that stand before them. But when the brothers face lust, their bond of blood feels thinner than ever…

Harness a variety of weapons from various pistols to heavy-caliber cannons and machine guns. Every accurate shot increases your concentration, which allows you to unleash deadly shooting modes when outnumbered and even deadlier ones when the brothers work together.

Choose to embody Ray or Thomas, each with a distinctive gameplay style (close or long range), specific abilities (lasso, dynamite, etc.) and arsenal of deadly weapons (dual guns, long-range carbine, etc.). Take advantage of each of their strengths and join in the fiercest fights imaginable.

The West before it was tamed.

The McCall brothers face a renegade Apache Chief, a greedy Mexican bandit, and a vindictive Colonel, all driven by greed with moral disregard. Enjoy a wide variety of situations, using horses, canoes and wagons to explore the open natural landscapes of the mythical Wild West and its legendary period.

Gunslingers, bandits and marshals struggle online for the bounty. Multiple characters are unlocked for team-based objective modes or the straightforward team deathmatch. Call of Juarez: Bound in Blood introduces a Bounty system, which sees players increase the bounty on their head with more kills. Get rid of the deadliest among you to increase your bank roll!