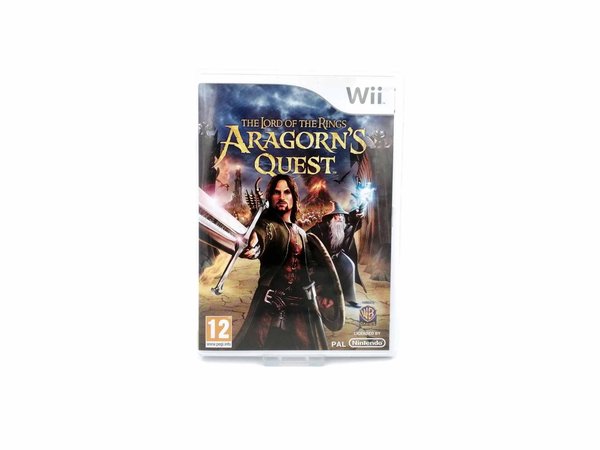 The Lord of the Rings: Aragorn's Quest Wii

Preparations are underway in Hobbiton for a great party to welcome the legendary Aragorn, and to honor Samwise Gamgee for his service during the War of the Ring. With Aragorn’s visit imminent, Sam’s children are eager to learn more about this great man and so Sam, now Mayor of Hobbiton, embarks on a tale of the revered warrior, Aragorn, and his most valiant battles that took him from Strider to King. Play as the legendary Aragorn as you embark on his greatest quests and engage in his greatest battles from The Lord of the Rings trilogy. Wield his sword, bow or spear through action-packed battles against Sauron’s forces and fierce creatures from Tolkien’s fabled Middle-earth.