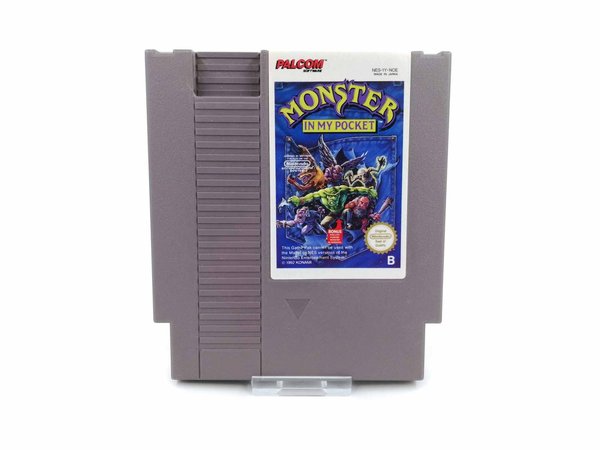 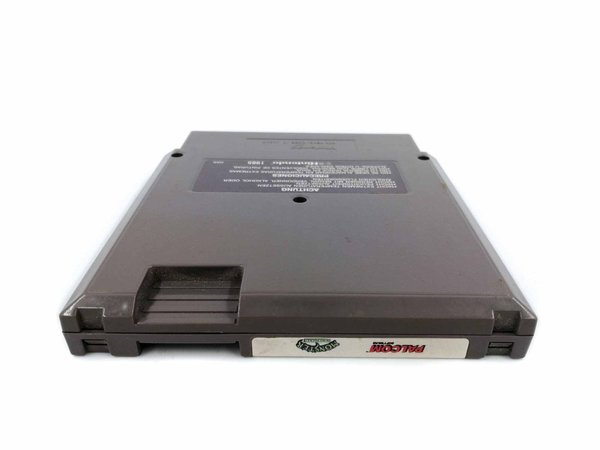 Monster in My Pocket NES

Cutting the enemy down to size will be no small feet

Thousands of history's famous monsters gather for the meeting of the century. But their volcanic convention center erupts, mysteriously turning them into terrors of pint-size proportions. They escape to the home of Jack, the teenage "Captain of Cool." There begins a battle between the good ghouls and The Warlock's band of evil beasts. You must become The Vampire or The Monster and lead the forces of right through a humongous, human-size world six levels deep, featuring Jack's house, a scummy sewer, a hazardous construction site, and an odd oriental palace. Don't get burned on the kitchen stove or crushed by runaway golf balls.

Meanwhile you'll have to punch and zap at all your fiendishly favorite monsters including the head-rolling Skeleton, the rock candy throwing Goblin, the bone-crushing Cyclops, and dozens more! Every monster you mash is worth points. Score enough and you'll get an extra life. Something you'll really need when you finally face the powerful Warlock and his magic lightning jolts. So be a pocket-size peacemaker and conquer the smallest threat to monsterdom the world has ever known!