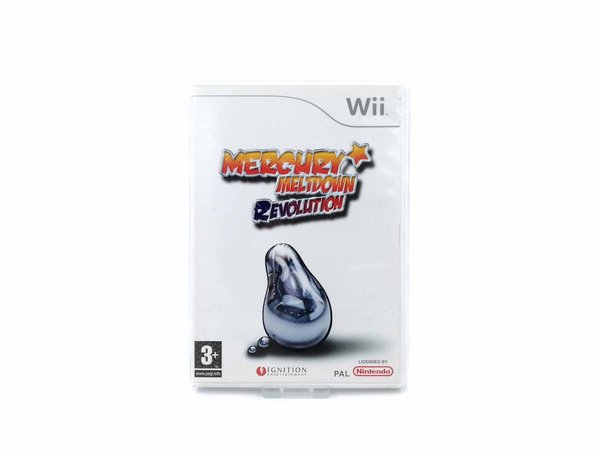 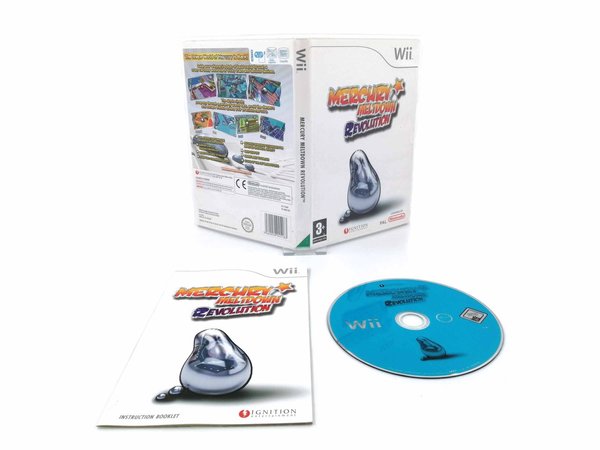 With some of the more creative, ingenious games, players will look at them and wonder what kind of mad scientist’s lab did this game come from. Mercury Meltdown Revolution actually takes you to the lab!

Mercury Meltdown Revolution challenges players to immerse themselves in a colourful world of sci-fi machines, crazy characters and bubbling test tubes, all in an effort to solve brain-teasing puzzles. Players use the Wii Remote to guide a small blob of liquid mercury as it makes its way out of several different labs. To guide the blob to safety, players will simply tilt the Wii Remote to guide the blob around traps, spikes, moving floors and other hazards in each lab. Sound simple? At base, it is, but each lab is designed to stop the blob, not let it roam free.

Several unlockable party games add to the puzzle-solving fun! Players can try to chart the best score in Race, Shove, Rodeo, Metrix and Paint modes. Each game stays true to the tilt controls. In Rodeo mode, for example, you need to balance your blob and stay on a platform that’s tilting at different angles to knock off the blob.