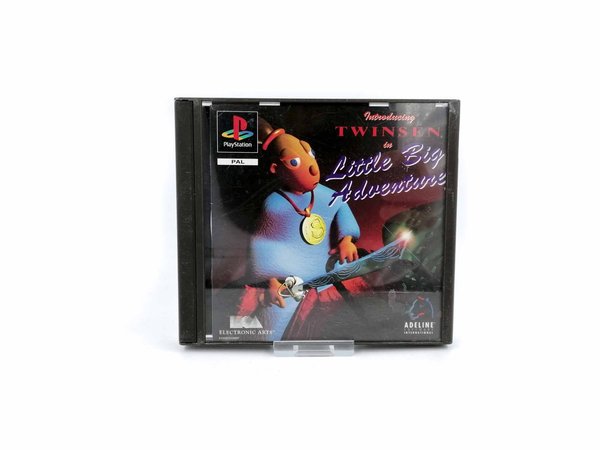 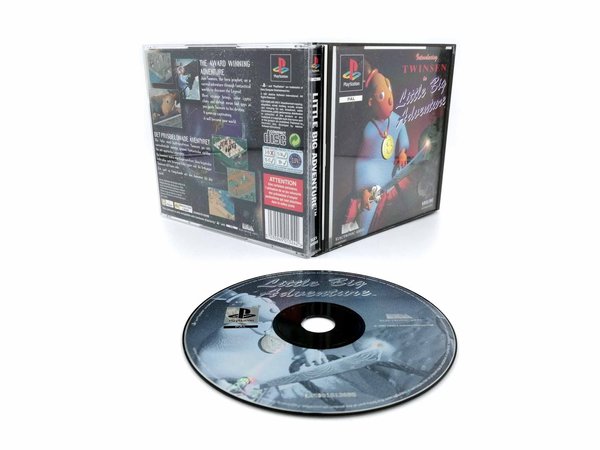 Little Big Adventure is a real-time pseudo-3D isometric action-adventure game. All characters and vehicles in the game, including some props in the world, are real 3D polygon-based objects, performing actions within 2D hand-drawn environments. After completion of certain tasks the player is presented with a full motion video cut-scene.

The player-character, Twinsen, can be switched between four different "behaviour modes" (Normal, Athletic/Sporty, Aggressive, and Discreet), each changing the character's abilities and interactions with the game world. Combat in the game is mainly conducted using the Magic Ball, a glowing ball of energy which the player throws towards enemies, the trajectory and angle of the ball changing depending on the mode the player is in. Switching to the "Aggressive" mode also allows Twinsen to engage in combat via punching and kicking.

The gameplay is partially free-roaming, allowing the player free non-linear travel around the islands of the game's world once they have been "unlocked" by completing certain objectives or solving certain puzzles; there are also many tasks which are optional or non-linear. Certain locations in the game are initially blocked from the player until they progress to a certain stage, such as the islands in the Northern Hemisphere and fortresses on several of the islands in the Southern Hemisphere.

As the game begins, it is explained that all peoples of Twinsun have been herded into the Southern hemisphere by a brutal tyrant called Dr Funfrock, who has subjugated the planet by developing an army of clones which travel using teleport machines which he has dispersed around the planet.

The player character is a young Quetch named Twinsen, who has been incarcerated in an asylum on the fortress-like Citadel Island because of his prophetic dreams about the end of the world.